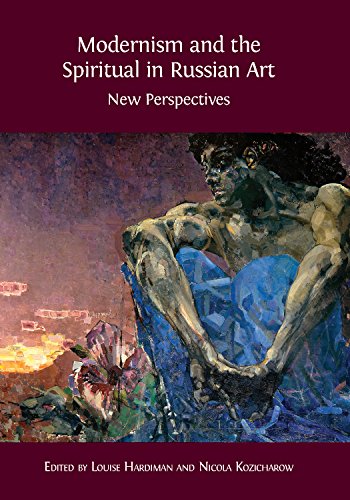 In 1911 Vasily Kandinsky published the first edition of ‘On the Spiritual in Art’, a landmark modernist treatise in which he sought to reframe the meaning of art and the true role of the artist. For many artists of late Imperial Russia – a culture deeply influenced by the regime’s adoption of Byzantine Orthodoxy centuries before – questions of religion and spirituality were of paramount importance. As artists and the wider art community experimented with new ideas and interpretations at the dawn of the twentieth century, their relationship with ‘the spiritual’ – broadly defined – was inextricably linked to their roles as pioneers of modernism.This diverse collection of essays introduces new and stimulating approaches to the ongoing debate as to how Russian artistic modernism engaged with questions of spirituality in the late nineteenth to mid-twentieth centuries. Ten chapters from emerging and established voices offer new perspectives on Kandinsky and other familiar names, such as Kazimir Malevich, Mikhail Larionov, and Natalia Goncharova, and introduce less well-known figures, such as the Georgian artists Ucha Japaridze and Lado Gudiashvili, and the craftswoman and art promoter Aleksandra Pogosskaia.Prefaced by a lively and informative introduction by Louise Hardiman and Nicola Kozicharow that sets these perspectives in their historical and critical context, Modernism and the Spiritual in Russian Art: New Perspectives enriches our understanding of the modernist period and breaks new ground in its re-examination of the role of religion and spirituality in the visual arts in late Imperial Russia. Of interest to historians and enthusiasts of Russian art, culture, and religion, and those of international modernism and the avant-garde, it offers innovative readings of a history only partially explored, revealing uncharted corners and challenging long-held assumptions.