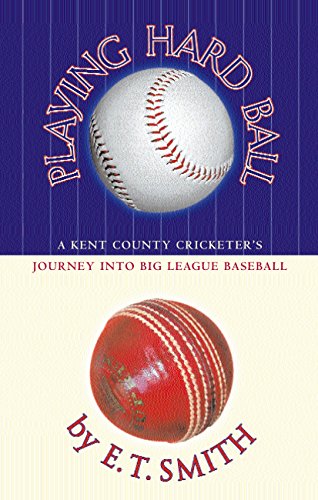 PLAYING HARD BALL is a unique sports book, a cultural comparison of two national games - cricket, English in origin and American baseball - written from the viewpoint of a top-class practitioner of both codes. Ed Smith - the young Cambridge University and Kent batsman - has spent the winters since 1998 in Spring Training with the New York Mets baseball team. It has enabled Ed to contrast and compare arguably the two most iconic of sports from the inside. In fact, baseball had a thriving following in Britain until the Great War: Derby County's former stadium was called the Baseball Ground; Tottenham Hotspur was at first a baseball club. Apart from learning two very different techniques, Ed learned that the sports' ultimate heroes, the Babe and the Don - Babe Ruth and Don Bradman - might as well have come from different planets, whilst baseball's pristine Hall of Fame in Cooperstown is a far cry from the ramshackle cricket museum at Lord's. Ed Smith's PLAYING HARD BALL draws on these intriguing comparisons to paint a two-sided portrait of sports most illustrous 'hitting games'.